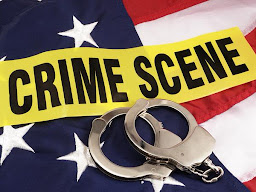 They destroy the lives of millions of people and write it off as a…oops… "simple math mistake."

They even admit their real death count.

It starts in Ohio.

"Make sure your child is well supplied before sending him to school today. We might have to kidnap and relocate him."

“Living in greater harmony with nature will require changes in human behavior as well as other radical changes that may take decades to achieve: rebuilding the infrastructures of human existence, from cities to homes to workplaces, to water and sewer systems, to recreational and gatherings venues. In such a transformation we will need to prioritize changes in those human behaviors that constitute risks for the emergence of infectious diseases. Chief among them are reducing crowding at home, work, and in public places as well as minimizing environmental perturbations such as deforestation, intense urbanization, and intensive animal farming.”

Y’all are just useless pustules of disease that need to be separated from each other!

And he did it with your stolen tax dollars.

The virus is racist and more colored people are suffering than white people.

Their operators don’t bow to the DC King and are therefore branded as "terrorists."

Regime Clown-in-Gown Declares the End of Due Process

At least for prisoners at their Cuban concentration camp.

Joe Six Pack will be losing that protection shortly…

His polio vaccine is a killer but I’m sure his DC-approved Covid vaccine will be just fine!

They approve of it despite admitting the spying violates privacy rules.

They will develop a microchip to be injected with your wonderful Covid vaccine.

I would you like to be arrested on charges moments before you got to court with no time to prepare?

There’s a reason I call them "demons"

Get that spare bedroom ready!

Pedophile/Future Emperor Coming for Your Job

Unless you’re a member of a labor cartel, you are "non-essential."

Call it this week’s prick wave toward Russia.

Posted by Enlightened Rogue at 8:24 AM