Snapshot of the State - Guardians Against Truth 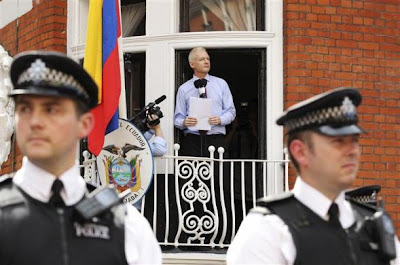 "﻿All truth passes through three stages. First, it is ridiculed. Second, it is violently opposed. Third, it is accepted as being self-evident."

Posted by Enlightened Rogue at 5:55 PM No comments:

Snapshot of the State - Posing as Saviors 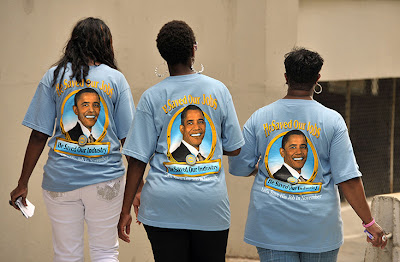 ﻿"Hope in a political savior is foolish, and revolutions have the risk of substituting one dictator for another."

Posted by Enlightened Rogue at 10:17 AM No comments: 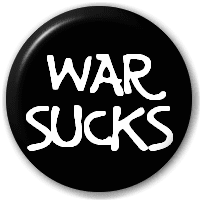 After reading my recent article, “Debating Militarists,” reader Carl Spurchise sent me some interesting comments, as well some great suggestions for action against the war machine.

“I hate war,” says Carl. “I hate everything about it. As a Vietnam veteran I witnessed 58,000 of my peers die for a lie. War is suppose to be the absolute last resort executed when one sovereign nation physically attacks another and statesmanship has failed. It's not suppose to be fought against an ideology (i.e., "war on terror") or used as a tool for political gain through the deployment of jingoism and false patriotism.”

I couldn’t agree more. War is the ultimate human failure. But when power loving governments can achieve even more power through war and their corporate brethren can profit handsomely from this heinous activity, wars will continue to be executed.

What to do? Carl offers an interesting method to counter the mainstream’s pro-war propaganda.

“I plan to have business size cards made with the following slogans:

1. "War brings out the worst in mankind. It always kills innocent people."

2. "Visit a VA hospital first. Learn what the military really has to offer."

3. "Your parents don’t want this for you. They want you to live."

4. "You don't need to join the military to protect America. We can protect ourselves."

5. "War is an adventure in death. Why not get a real job and live?"

6. " You want to wear a uniform with medals? How about a suit and a paycheck instead?"

“I want to put them near the brochures that are on display in front of military enlistment centers. I don’t know if they'll be read by the young men and women who contemplate joining the armed forces. But if it if makes one kid stop and think, I'll be happy.”

Excellent idea! I hope this inspires others to take similar action to educate others, and peacefully fight and discredit the murderous meme of US militarism.
Posted by Enlightened Rogue at 2:23 PM 1 comment:

Snapshot of the State - Killing is a Solution 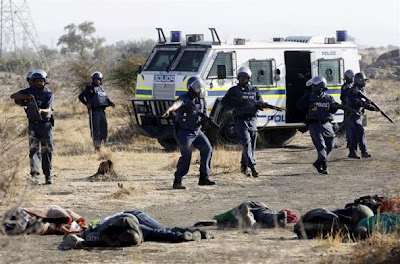 ﻿"Where is the justice of political power if it executes the murderer and jails the plunderer, and then itself marches upon neighboring lands, killing thousands and pillaging the very hills?"

Khalil Gibran
Posted by Enlightened Rogue at 6:32 PM No comments:

Snapshot of the State - Consenting Slaves 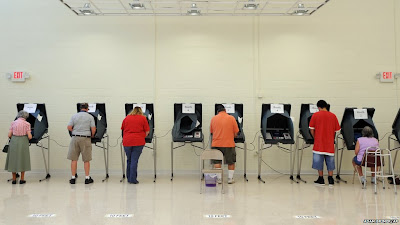 "﻿If a slave is unwilling to go with his new master, he is whipped, or locked up in jail, until he consents to go, and promises not to run away during the year."
Harriet Ann Jacobs
Posted by Enlightened Rogue at 5:18 PM No comments:

Michael Snyder, in his article, “What is the Best Place to Live in America?” courageously examines each state within the US political abstraction. He offers his pros and cons for each state, as relates to where would be the best place to live to survive the coming economic collapse.

I had to laugh at some of the Texas “cons:”

West Nile virus? It’s killed a handful of people out of 26 million. Most of them are elderly with weak immune systems. The common flu kills thousands more.

George W Bush? He’s imprisoned in his little North Dallas compound, unable to travel anywhere, fearing arrest. What further harm can he do?

Tornados? I’ve lived here 28 years and never have seen one. Do you have any idea just how BIG Texas is? These twisters are spread pretty thin. It’s like worrying about being attacked by the last shark left alive in the Gulf of Mexico.

Dallas Cowboys? Right on! I keep hoping these fascist scumbags will move to Mexico.

One important “con” I would add is the presence of fifteen US military bases within the state. That is fifteen too many, even for a land mass the size of Texas. In a time of social unrest, that potentially means that many more uniformed thugs available to place a boot on your face.

How can the author not say anything about the friendly people? When first moving here, I was immediately struck by this fact, particularly since I didn’t expect such friendliness in the big cities. Native Texans, particularly, are some of the most generous people you’ll ever meet.

NO CONSENT
Posted by Enlightened Rogue at 1:01 PM No comments: