Hired Killers Destroy Motels to Save Us From Sex 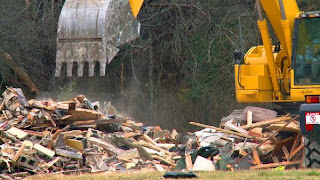 Not only do Uncle Sam’s hired killers work to destroy perfectly good houses while fighting their drug war, they also seem to be eyeing motels for destruction. What have these motels “done” to deserve such a fate? Why, they’ve been locations for what’s commonly referred to by puritanical sex prohibitionists as “illicit sexual activity.” Meaning that two consenting adults had sex......... and money happened to change hands between the two. How this is considered a “crime” is beyond any rational explanation.

"They [the neighborhood] have to see all that activity that was going on over there such as prostitution, drugs, you name it and it needed to come down," said longtime resident Vivian Benjamin.

Outlawing prostitution is just as ridiculous as outlawing the consumption of some plants. These “blighted locations” that are “havens” for such activity are that way not because prostitution occurs there, but because prostitution is illegal. Being illegal, the activity must go underground, which means sex merchants have no incentive to provide attractive locations to offer their services. Legalizing such activity will create competition among those wishing to offer such services. The result will be the creation of clean, pleasant, locations, visually acceptable to all.

An entrepreneur who sells sex wants to be a good neighbor just as much as one who sells tires, food, or jewelry. After all, he wants his neighbors to also be his customers.

Instead, even more empty lots appear in an area in dire need of development. If there had been any demand from developers to build on such property, they would have purchased this blighted real estate long ago. The prostitution (like the drug dealing) will simply move to another location. The only satisfied people will be the politi-gangster sociopaths and prudes who can’t stand the idea that someone is having a good time.

And, of course, The Empire’s hired killers who get to destroy without the nuisance of a trip overseas.

NO CONSENT
Posted by Enlightened Rogue at 5:24 PM No comments:

Hired Killers Destroy Houses to Save Us From Plants 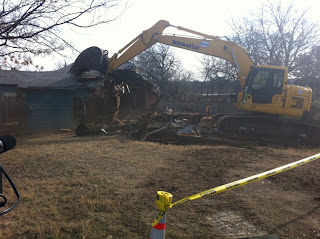 The hired killers of the Texas National Guard have invaded Dallas streets to “fight” The War Against Some Drugs. These warriors contribute their part in this prohibition fiasco by doing what they do best- destroying property.


“We help identify houses that have been associated with the drug trade,” says Brigadier General Lester Simpson. “We come in and tear them down, at the request of the city.”

This is what statist thinking has to offer- that a wood, brick, and concrete structure is responsible for a social problem (if it even is one) and that destroying that structure will help solve that perceived social problem.

“'Hit the road, Jack, and don’t you come back no more,'” is what they sang as the house came down."

Here we witness still another display from “symbol-minded” people who mistake symbolic actions for concrete action. Obviously, any rational person will quickly point out that whatever “drug activity” may have occurred within the walls of this house will simply relocate to another address. It won’t magically end because Uncle Sam’s demons of destruction have vaporized its temporary location.

“The Texas Joint Counterdrug Task Force has demolished almost 1,300 structures in 24 cities state-wide over the past 20 years."

Wonderful. Private property is destroyed in the name of an unjust, irrational prohibition.

Fewer affordable housing is available for the poor. Still more vacant lots full of trash will exist in our neighborhoods.

“As part of the program, the owner of the property must sign an agreement, giving the Texas Military Forces permission to demolish the structure.”

Only the state could come up with a “program” that points a gun to a property owner’s head, forcing him to sign an “agreement” to destroy his property! Why bother with the formality of an “agreement” if it is signed under duress? Why not just show up with the bull dozers and go to work? This process is just more symbolic nonsense- this time to cover the violence of state action with a cloak of legal legitimacy.

And all this nonsense over a plant……

NO CONSENT
Posted by Enlightened Rogue at 1:00 PM 1 comment:

The Coronation of Our Enslavement

Posted by Enlightened Rogue at 9:48 PM No comments:

Snapshot of the State - The Divine Right of Rulers, by Whatever Title 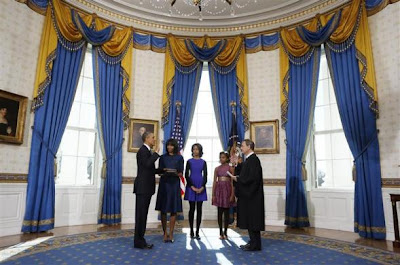 "﻿To the evil of monarchy we have added that of hereditary succession; and as the first is a degradation and lessening of ourselves, so the second, claimed as a matter of right, is an insult and imposition on posterity. For all men being originally equals, no one by birth could have a right to set up his own family in perpetual preference to all others for ever, and tho' himself might deserve some decent degree of honours of his contemporaries, yet his descendants might be far too unworthy to inherit them. One of the strongest natural proofs of the folly of hereditary right in Kings, is that nature disapproves it, otherwise she would not so frequently turn it into ridicule, by giving mankind an ASS FOR A LION."

Thomas Paine
Posted by Enlightened Rogue at 12:25 PM No comments:

A local man walking down a sidewalk has discovered a US war flag deposited in a (gasp!) dumpster. The usual response from loyalist, fanatical “symbol-minded people” is both humorous and sad to watch:

“I was completely beside myself.”

“It’s just disgust. It’s just extremely upsetting and outrageous that someone would do this to a flag.”

“It’s very troubling to me.”

Remember, these comments are not from those who have witnessed some despicable action whereby one individual threatened or harmed the life or property of another individual. We are talking about a piece of cloth! We are seeing supposed adults upset and nearly in tears because a religious symbol held in irrationally high esteem has not been treated as the hallowed icon they claim it to be.

These folks seem to still have the minds of children. Do they still carry a blanket and suck their thumbs? I seriously doubt that when the institution represented by this symbol (the US Government) commits it numerous crimes against humanity (not a piece of cloth), that these misdirected souls show even a minute percentage of the disgust they’ve shown when their precious (and reviled) war rag is abused.

I would argue that this ugly, putrid rag belongs in the trash! It represents the most murderous, terrorist, thieving group of thugs to ever exist on the North American continent- The US Government.

Knowing this- being disposed of in a garbage dumpster seems to be a kindly act of mercy. It certainly deserves much worse.

Posted by Enlightened Rogue at 4:38 PM No comments: