The pigs will not protect your property.

They will only protect themselves, their paychecks and their pensions.

Do whatever necessary to protect YOUR property.

Hire a well trained sniper or two to position on your roof tops and take out any perpetrators aggressing against your property. These animals are cowards, and when seeing just a couple of their cohorts extinguished, it will send them running.

Posted by Enlightened Rogue at 11:17 AM No comments: 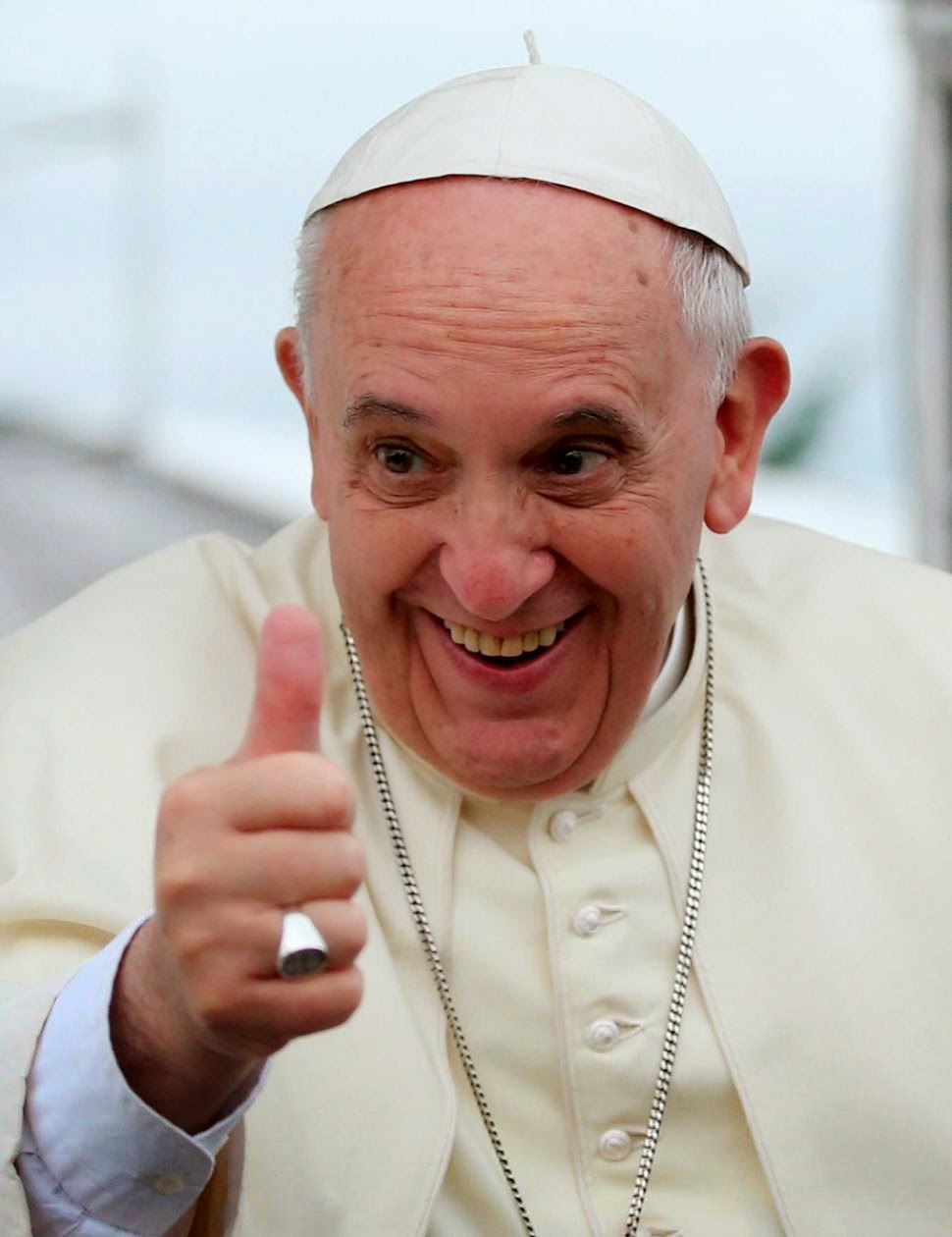 Pope Francis, Gatekeeper to God for all souls who consider themselves Catholic, has turned his attention to a more earthly “problem” - climate change.

It seems the Pope is preparing a much anticipated “papal letter” directed toward his overseers (bishops) concerning this fraudulent “science.” He is looking for earthly leaders to make “courageous decisions” to combat the supposed phenomenon, “regardless of its cause.”

His first target is the U.N. (Gatekeepers to Freedom) where he expects these “courageous decisions” to be made. I’m sure such decisions will be voluntary suggestions for us lowly peasants who destroy the planet. Yea, right.

Instead the attitude will be: You who strive to be “fruitful and multiply” and govern the earth for your benefit are way out of control and in dire need of (mandatory) direction from globalist elites, secular or otherwise.

It seems the Pope became “awakened” after visiting with survivors of Typhoon Haiyan. Apparently, the Pope thinks this is the first time in earth’s history that such a storm has occurred and is oblivious to the fact that strong, damaging storms have been originating from oceans of the world long before man was around to name them, let alone allegedly cause them.

“I don't know if (human activity) is the only cause, but mostly, in great part, it is man who has slapped nature in the face. We have in a sense taken over nature."

I would counter that it seems that Ma Nature has been doing all the face slapping for millennia, despite the pathetic attempts of humankind to “take over.” I wonder if the Pope has actually spent any extended time actually out in nature. I doubt if he would make such laughable claims if he had.

With his forthcoming, fancy sounding “letter,” the Pope “is expected to tie together the environment, development and concern for the poor. It will be published over the summer, in time for the U.N. General Assembly’s discussion on sustainable development in September and the Climate Change Conference meeting on reducing global warming in Paris in December.”

But wait! This time, such actions will be blessed by one of the premier Gatekeepers to God and we polluting vermin get to witness a miracle- the umpteenth repackaging of Marxism; a demonic, enslaving political and economic system that keeps being resurrected.

“This has generated more excitement than almost any other papal document that I’ve heard of in the last 10 years,” said Daniel P. Scheid, an assistant professor of theology at Duquesne University, a Catholic school in Pittsburgh.

How will the Pope react if the peasants resist such orders? Will he side with “the poor” who he claims to represent, or will he endorse the coercive direction of the global elites with which he has teamed? Will it be “Praise the Lord and ignore that state goon’s gun pointed at your temple?”

"The threats that arise from global inequality and the destruction of the environment are interrelated; and they are the greatest threats we face as a human family today," [Cardinal Peter] Turkson said in what was regarded as a preview of the encyclical.

Can you think of better code words for coerced wealth redistribution than “global inequality” and the aforementioned “development?”

Jessica Hellman, an associate professor of biological sciences at the University of Notre Dame in Indiana, said she expected the pope to frame the problem as a moral one.

If an argument fails the test of fact, reason and logic, marketing it as “virtuous” can always be counted on to win converts among the airhead, intellectually lazy populace that feels rather than thinks. It will be accepted by those who see a smiling man, saintly dressed in white, and instantly consider him trustworthy.

How can such a gullible person resist such a coercive action when marketed as “moral?” Such a proposed action just feels right and is promoted by a pleasant, disarming, man in a long, white robe who has written a paper impressively described as an “encyclical.” How can it not be okay?

Let me offer some reality to His Holiness: Just as manure stinks, climate changes. That’s what it does. Human individuals have adapted and adjusted to such changes throughout the history of the species. Individual thought and creativity, rather than centrally planned dictates from global tyrants with subjugating agendas, tend to offer the most competent solutions.

Here’s hoping that Catholics and all other religionists view their gatekeepers as the fallible, not divine, creatures they are. Just as I hope they view their political gatekeepers with the same suspicion. Don’t allow your chosen spiritual consciousness to be hijacked and abused by salesman offering failed and even enslaving “solutions.” Particularly, those “solutions” where no problem even exists.

Instead, use the wonderful, discerning mind your creator gave you, for Christ’s sake.


NO CONSENT
Posted by Enlightened Rogue at 7:23 PM No comments: