Posted by Enlightened Rogue at 4:47 PM No comments:

﻿﻿﻿﻿﻿
﻿﻿﻿﻿﻿On Tuesday, thousands of US loyalists lined Interstate-35 in north and central Texas in a robust display of state worship. The object of their adoration was the body of Chris Kyle, The Emperor’s leading hit man during the Iraq Crusades. The recently murdered Kyle was being transported via a 200 vehicle escort from Midlothian to Austin to his final resting patch of dirt.

Unfortunately, the 200 mile process of transport caused untold number of travel delays for hundreds of motorists. Drivers along Interstate 35 (one of the busiest motorways in the US collective) were not allowed to pass the procession and none, apparently, dared be quoted bemoaning their inconvenience. To do so would probably mean risking being lynched.

Comments enticed from the roadside congregation explaining their presence at such a spectacle came directly from the Book of Statist Cliches and Sound Bites:

“Love of country. Love of family. The willingness to lay down your life for others.”

“We’re free because of what he did. Everybody’s free.”

“That’s why my hand was over my heart, you know? It’s for my country and to say thank you to him.”

The purpose of my analysis is not to make fun of such people or profess my anger at such backward thinking. I’ve learned to see them not as enemies, but otherwise (for the most part) decent people who have yet to become awakened and enlightened to the true nature and purpose of the state they adore and revere. But their continued cluelessness has me very concerned.

Texas is often mentioned in learned discussion as the state most likely to secede first. But when I witness events such as this, I become very pessimistic that such a desired act will ever come to fruition. I find myself hoping that these overt state religionists are really the minority, and that a “silent majority” that think otherwise are biting their tongues, hesitant to expose their contrary views. It’s hard to be optimistic toward the probability of state secession when I view continuing glorification of state murder and the honoring of those tasked to initiate such murder.

When the US finally collapses and state secession will be all but necessary, I wonder how such folks will react when their venerable paradigm is smashed before their eyes. Will it be quiet resignation or noisy protest and retribution? Whatever the case it will be up to us folks, long since intellectually and emotionally prepared for such an inevitability, to help them through their difficult adjustment.

NO CONSENT
Posted by Enlightened Rogue at 8:05 PM 2 comments: 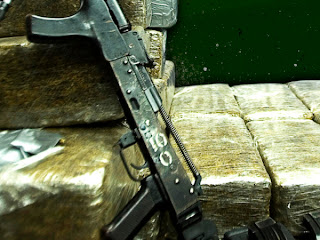 Some local state protection rackets are glowing with pride about how they stole $1.7 million dollars from honest businessmen a couple years ago. They justified their theft as a “seizure,” because the money was intended for the purchase of “illegal” plants.

The loot has since been divided up between the Texas Department of Public Safety, Collin and Dallas Counties, and the City of Wylie.

“It is a huge deal — $1.7 million is dramatic and we’re all Texans here so you’ll be very happy that over $1.1 million is going to the state of Texas for the operations of the Department of Public Safety,” Texas U.S. Attorney Malcolm Bales explained.

Why should Texans be happy that all this stolen money will be going to DPS? These funds will only be used to further strengthen and empower an agency that harasses, steals from, and even kills Texans. Why would any rational Texan be happy about that?

The Texans who had their money stolen certainly aren’t happy. They were just peaceful businessmen looking to satisfy the needs of their customers. And those customers (also Texans) are rather peeved by the inconvenience of having to find another supplier.

The only “happy” Texans are statist authoritarians who enjoy the satisfaction of depriving others of plants not approved by the ruling class. The only “happy” Texans are the state apparatchiks that were enriched, not because they satisfied the desires of customers or bettered the world in some way, but because they outright stole the property of others!

At least comrade Bales seems to recognize the futility of his actions:

“We’re putting more people in prison than ever before. These types of seizures are happening not routinely, but regularly. We’re really hitting them where they really live. And yet there is so much more to do because the appetite for the drugs seems insatiable.”

Yes, free thinking human beings will continue to seek to satisfy these “insatiable” appetites. That’s what humans do. And your unjust actions committed against peaceful people, Comrade Bales, will never stop it.

But then, that "job" security is just what you’re hoping for, isn’t it?

NO CONSENT
Posted by Enlightened Rogue at 3:22 PM 1 comment: 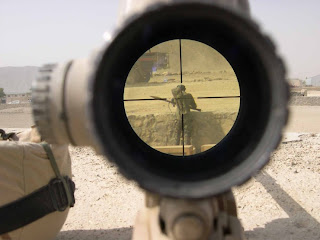 Chris Kyle, considered the military’s deadliest sniper was shot in the back and killed by one of his colleagues at a Texas gun range. What strikes me first upon hearing this news is the irony of a warrior, celebrated and recognized among his own, being murdered by one of his own.

That irony is further intensified upon learning that Kyle was reported to be assisting this individual to adapt back to civilian life. Apparently, he failed. Eddie Ray Routh, the accused assassin, is said to suffer from a mind warped and degraded by war. PTSD is nothing more than the rational part of the mind desperately trying to justify and make sense of the irrational actions witnessed and executed by the sufferer. That cerebral war is often manifested into physical violence.

Kyle has been quoted as saying he suffered no remorse for his sniper killings. According to Laurence Vance’s post about Kyle’s murder, “He said that every person he shot was trying to harm Americans or Iraqis loyal to the new government.” In other words, Kyle killed people because they were loyal to a different slave master than the one Mr. Kyle held allegiance to. It was not done in the action of self-defense. This purely aggressive act Mr. Kyle would defend as “honorable.” I would classify it as the actions of a hired killer.

Kent McManigal summed up Kyle’s work history as well as anyone I’ve read:

“What this supposed ‘man’ did was wrong on every level. He was an invader, murdering legitimate defenders in defense of his ‘brother’ invaders. He wasn't ‘fighting for freedom‘- not for you and not for me. He was only fighting to advance the goals of an illegitimate Empire on the other side of the planet. He was an enemy of liberty and ALL that is decent. He was not ‘brave.’ He deserved no thanks or admiration. He was a compliant and enthusiastic hired murderer.”

I saw one comment that proposed that Kyle was possibly killed because he was an “oath keeper” and his murder was part of a false flag operation. This is comical when you consider that Kyle participated in three tours of duty in an illegal, unconstitutional war in Iraq. Not much oathkeepin’ going on there.   Those who create a lot of negative karma tend to suffer the same fate they imposed upon others. “Live by the sword, die by the sword,” “You reap what you sow,” and “violence begets violence” are a few proven truths that instantly come to mind. In Mr. Kyle I see an individual who was highly respected by millions of people, yet he represents that personal failure so often witnessed in those who kill- a failure to evolve any further than man thousands of years ago when he first picked up a rock and said, “Ugh.” This is the best mankind has to offer the universe- recognition and respect for a superior adeptness at killing?

Erath County, TX Sheriff Tommy Bryant was asked what the possible motive of Kyle’s shooting may have been. "Not a clue, absolutely no idea," he replied. The same can be said when asked the reason Iraq was attacked, occupied, and it’s people murdered. The same answer can be offered when asked why man still believes that killing and war can create anything positive.

NO CONSENT
Posted by Enlightened Rogue at 1:21 AM No comments:

Snapshot of the State - The US Military on 9/11 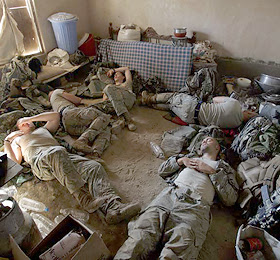 ﻿“A nation-state goes to war either because it is an unprovoked aggressor, or because its defensive efforts have failed. In either case, war exposes the lives of a state's citizens to death and devastation, which is what its declared purpose was to prevent. Had the hundreds of billions of dollars spent by the United States on defense been effective, there would have been no 9/11 attacks on the World Trade Center. For those inclined to learn from experience, these attacks stand as quiet testimony to the failure of Washington foreign policy and military systems to protect the American people.”

Butler Shaffer
Posted by Enlightened Rogue at 10:36 AM No comments: