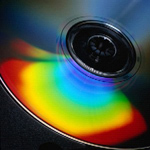 Bruce Springsteen: We Shall Overcome- The Seeger Sessions:
Watch and enjoy the music as Springsteen and a house full of musicians record a tribute album to Peter Seeger. These same musicians and tunes can also be heard live on the DVD, “Live in Dublin.”
Recommended

Unknown:
Liam Neeson stars in this mystery drama as a man who recovers from an automobile accident in Berlin but is missing any identifying documents. His claims as to his identity are contradicted by others and any documented evidence. As he struggles to prove his identity, he begins to discover he may not be who he thought he was. This entertaining story illustrates well how important it is in this world to have documentation to prove just who you are.
Recommended

Illegal:
This foreign drama takes place in Belgium, following the trials of a Russian woman who is jailed as an illegal immigrant and faces deportation. The film helps expose the inherent cruelty of thinking of other humans as “illegal.” One riveting scene has the lead character forced onto a plane to be deported. Other passengers on the plane (and even the pilot) rush to the woman’s rescue to protest her harsh treatment. Think you would ever see such a protest in sheepish America?
Recommended

To Tulsa and Back- On Tour with J.J. Cale:
I’ve been listening to JJ Cale’s music for nearly forty years. This documentary is produced and edited in the same laid back style that Cale plays his unique mixture of blues, jazz and country. It’s nice to finally get a comprehensive background on the artist I and others have enjoyed for so long.
Recommended

The Eagle:
This drama takes place in second century Britain during the days of the Roman Empire. A Roman centurion returns to a forbidden area of northern Britain to recover a gold eagle standard that disappeared years earlier, along with 5000 Roman soldiers, including the centurion’s father. As they encounter native tribes, the soldier and his British slave must reverse roles in order for both to survive. The film shows how symbol worship has a long history among men (as today, with the flags of nation states). The role reversal among master and slave makes the film much more interesting than it would otherwise have been.
Recommended

Phil Ochs- There But for Fortune:
This documentary takes a look at the influential singer/songwriter/anti-war activist of the 1960’s and 70’s. It’s a shame he seemed to lose his drive and creative energy once the Vietnam War finally ended.
Recommended

Source Code:
This sci-fi flick is propelled by an interesting premise that the memory from the final moments of a person’s life can not only be electronically recovered but placed into another person’s mind to relive those final moments- the purpose to solve a crime and prevent a future one.
Recommended

The Music Never Stopped:
This is a very moving drama based on a true story. A young man loses his ability to retain short term memory (because of a brain tumor) but his older memories can easily be recalled by listening to music experienced during those older periods of time. His therapy therefore includes using music to help him retain short term memory, as well. J.K. Simmons is outstanding as the young man’s father who learns to appreciate his son’s music to reconnect and redeem himself for past parental mistakes.
Recommended

Harry’s War:
This 1981 comedy has a man fighting an unjust action by the IRS. Though not the best made movie, it does strongly project the very important message that lives and property cannot be destroyed without due process of law; a process, unfortunately, continues thirty years later.
Recommended

The War You Don’t See, by John Pilger:
I watched this excellent documentary on YouTube. Mr. Pilger looks at the corporate media’s role in the USG’s misinformation campaign in its long string of wars going back to World War I.
Recommended

Ronnie Hawkins- Still Alive and Kickin’:
This charming documentary looks at what was to be the final year of the rock and roll legend’s life after being diagnosed with terminal cancer. “The Hawk” shows much grace and candor as he reconnects with old friends, continually joking about his desperate condition. The story takes a surprising twist when his tumor suddenly disappears, baffling his doctors, and giving Mr. Hawkins new inspiration to continue performing.
Recommended

The Adjustment Bureau:
Matt Damon stars in this thought provoking sci-fi drama that studies the question of free will. The story includes men with angel-like powers directing Damon’s life in ways that conflict with his wishes. It’s entertaining how he manages to outwit their every move.
Recommended

My Own Love Song:
Renee Zellweger and Forest Whitaker work nicely together as friends helping each other through present difficulties caused by past traumas. Very emotional and uplifting.
Recommended

The Great Global Warming Swindle:
You can view this on YouTube. An excellent documentary that contradicts all the claims professed by the anti-carbon, climate change crowd.
Recommended

How I Ended This Summer:
This Russian drama is photographed beautifully and presented at an extremely slow, though attractive pace. The story surrounds the life of two men, working at an isolated weather station in the Russian Arctic. What’s troubling is how the characters act and react to each other in a way that is unbelievable or simply makes no sense.
Not recommended

Limitless:
This is an intriguing film about a young writer suffering a creative drought who is given a pill that allows him to make full use of his brain; not just the usual twenty percent. He is able to achieve unparalleled success in the financial world that creates unforeseen, dangerous problems and conflicts that must be dealt with.
Recommended

The Beautiful Country:
A very compelling drama about a young man in Vietnam who smuggles himself across the world to the US to find his American GI father. Nick Nolte contributes a fine performance.
Recommended

Craig Ferguson-Wee Bit O’ Revolution:
The Scottish comedian celebrates his newfound US citizenship with an enjoyable 79 minutes of comedy performed live in Boston, Mass. on the fourth of July.
Recommended

The Slaughter Rule:
A very melancholy and sometimes depressing drama about a high school football player in Montana who is cut from the team on the same day his dad commits suicide. He then strikes up a friendship with a man with a questionable past, joining his six-man football team. The filmmakers make fine use of the bleak fall/winter Montana landscape. David Morse gives us a topnotch performance.
Recommended

The Conspirator:
Robert Redford directs this historical drama about the trial of conspirators involved in the Lincoln assassination. It focuses particularly on Mary Surratt, the owner of the boarding house where many of the conspirators lived and the reluctant attorney who is forced to defend her.
Recommended
Posted by Enlightened Rogue at 12:37 PM