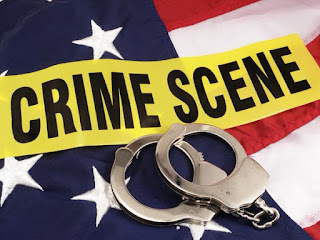 Here begins the War Against Carbon- the most important element for life. Is a full-blown assault against the periodic table in the future?

More of his weekly crimes include:

Banning all media from covering the border invasion.

Openly lying about the border invasion.

Releasing border invading, Asylum-scam-pushing criminals without even a court date.

Looking to ban the same kinds of guns that protect him.

And now, The Regime wants them at Texas military bases!

Human smuggling and child sex trafficking is rampant. There’s big money to be made.

The Regime’s security goon begs the invaders to stop, while at the same time, assuring "parents' they will accept their unescorted "children."

This incompetence starts at the top!

The crime rate along the border surges- They’re robbinghouses and getting into car chases every day!

Your stolen money "at work"…

Regime Gangsters are already stealing $86 million of your money to supply them comfy hotel rooms.

That’s part of your cost of "rescuing the world." You’re forced to pay for less security!

This after proving his edicts are based on conjecture, not science!

From none other than the author of the bioweapons law.

It doesn’t make any difference who The Emperor is, the policy remains the same.

Charges backed by no evidence.

Pedo-Joe seems to be retaliating for his previous public humiliation as The Regime’s Second Banana.

I can’t think of a single way this expense helped any Texans.

Regime Aggression Against Syria May Starve Millions of Syrians

“But instead of protecting Syrians, as it claims, the Caesar Act is a measure of collective punishment that is impoverishing people in government and opposition-held areas alike.”

These goons have a lot of nonsense like this planned for the future.

It’s none of your business which Middle East terrorists they gave secret cash payments to.

He’s not allowed to pray around other people.

And they tell you, "it’s a free country."

"…the Americans and their followers act as pirates in targeting the Syrian oil wealth and the ships of supplies to it."

So be wary of "unspecified violence" from those "emboldened" dissidents.

As usual, anyone with a differ narrative to offer is automatically peddling "hate."

Do you feel another false flag is in the near future?

"Swamp them with cash and tell them what they must do with it."

Okay, okay- she’ll give a white guy a pass if he’s a sodomite.

"The science is clear."

I’ll debate that with you any day, Shrub Boy.

What’s is clear and nondebatable is rational people don’t take the word of confirmed, professional liars!

So, they wanted to release a "terrorist" who is part of the group they are…waging war against.

No wonder they never win a war!

They fear us. Enjoy it while it lasts!

The Regime-controlled media gets knocked of their high and mighty pedestal!

Posted by Enlightened Rogue at 7:39 AM