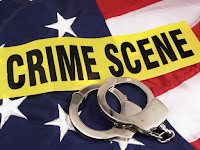 I bet you didn’t even know they were there, did you?

The DC Mafioso say it’s “to train for fighting in winter conditions.” If that’s the case, why don’t they train in Minnesota?

Of course, we all know they’re there to feed the anti-Russian paranoia.

Such “aid” is nothing more than bribes masquerading as “diplomacy.”

It worked at the Branch Davidian Compound, so why not try it again?

It seems they may be once again covering up for some powerful entities.

Since nearly the entire world is considered an enemy of The Regime, expect scores of attacks. Unfortunately, since they’re all committed in secret, we’ll probably never know exactly how many.

It would require at least 1600 new satellites just to operate one launch interceptor, not to mention costing $300 billion of your stolen money.

The goal is to destroy private property.

Just admitting defeat and ending it is, apparently, not an option. Instead, contractors who were not even born when the war began will be sent to commit human sacrifice for the glory of The Empire.

Considering that this war is really nothing more than a jobs program for the Military Industrial Complex, having a private company in charge may make some sense- in a depraved sort of way, of course.

Regime Occupation of Iraq to Remain Forever, If Necessary

“Democracy” is such a wonderful gift to the Iraqis that it has to be forced down their throats in perpetuity by an invading army. The Regime calls it “stabilization.”

Instead of representing you, the lowly, war weary, tax slave attempting to live with some remaining shred of freedom, they now will openly be representing the parasitic corporatists of the Military Industrial Complex.

He and his fellow thugs will be deciding just what is “common decency.” He also promises that there will be “consequences” if you disagree.

Becoming the majority opinion is not far away!

Posted by Enlightened Rogue at 9:24 AM